A Color Can Be Bottled But Never Contained

In many of my lectures and writings: I have alluded to the Eastern United States, white European influence as the beginning of the Native American’s appreciation of bright blue turquoise. It was the existing European jewelry market in the Eastern United States and their demand for bright blue turquoise that created the original inspiration behind what became the identifying turquoise color that is set in many of today’s Southwest jewelry designs.

The emerging mining for blue Southwest American turquoise was initially developed to fill the Eastern United States demand for “Persian Blue” turquoise. The Southwest’s turquoise mining “boom” of the 1890s was to fill this specific demand for the Tiffany jewelry company’s use of bright blue turquoise in their European styles of jewelry. The end result of this search for bright blue turquoise failed to produce enough blue ore and the American turquoise mining market crashed at the beginning of the twentieth century. 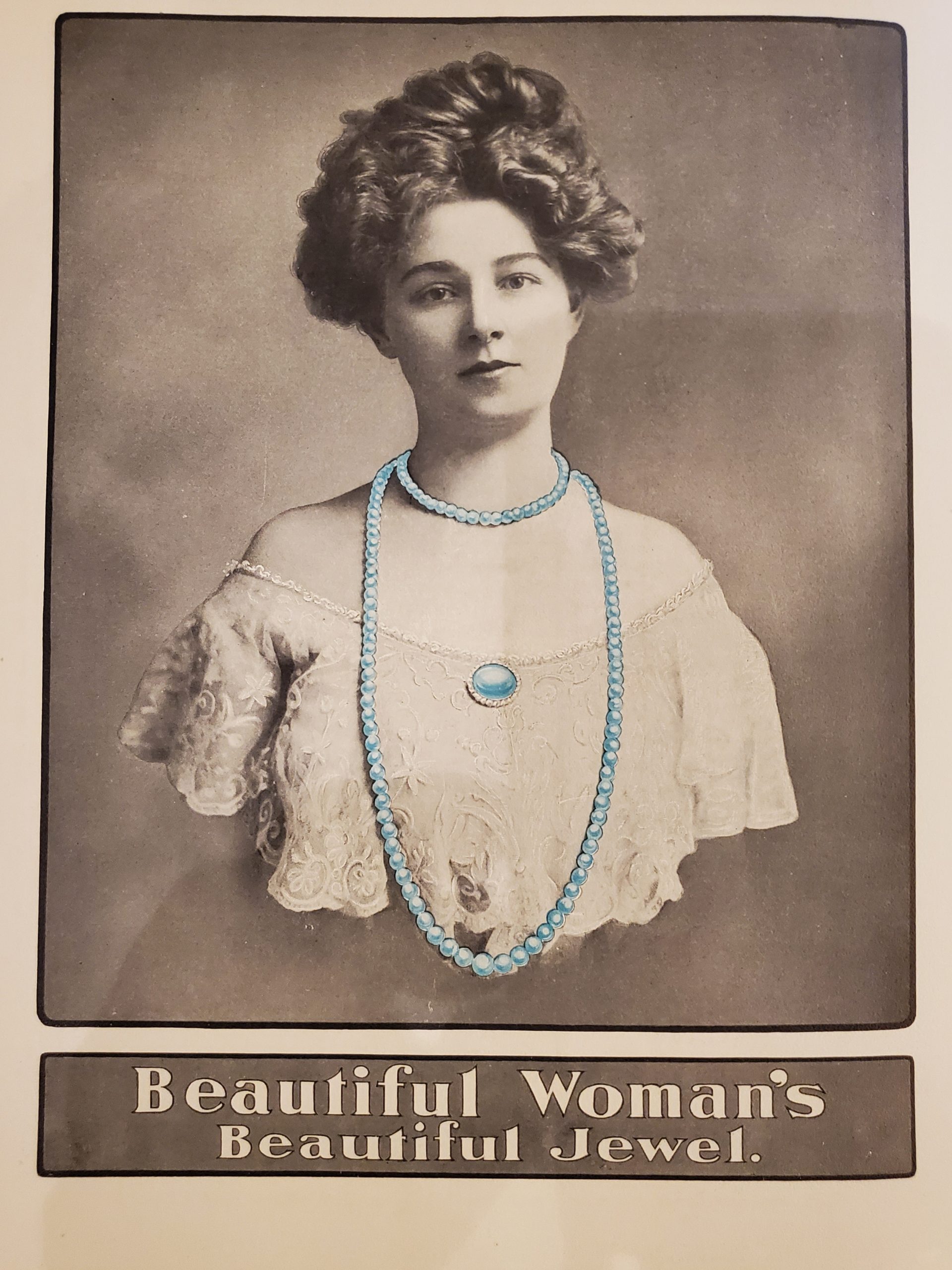 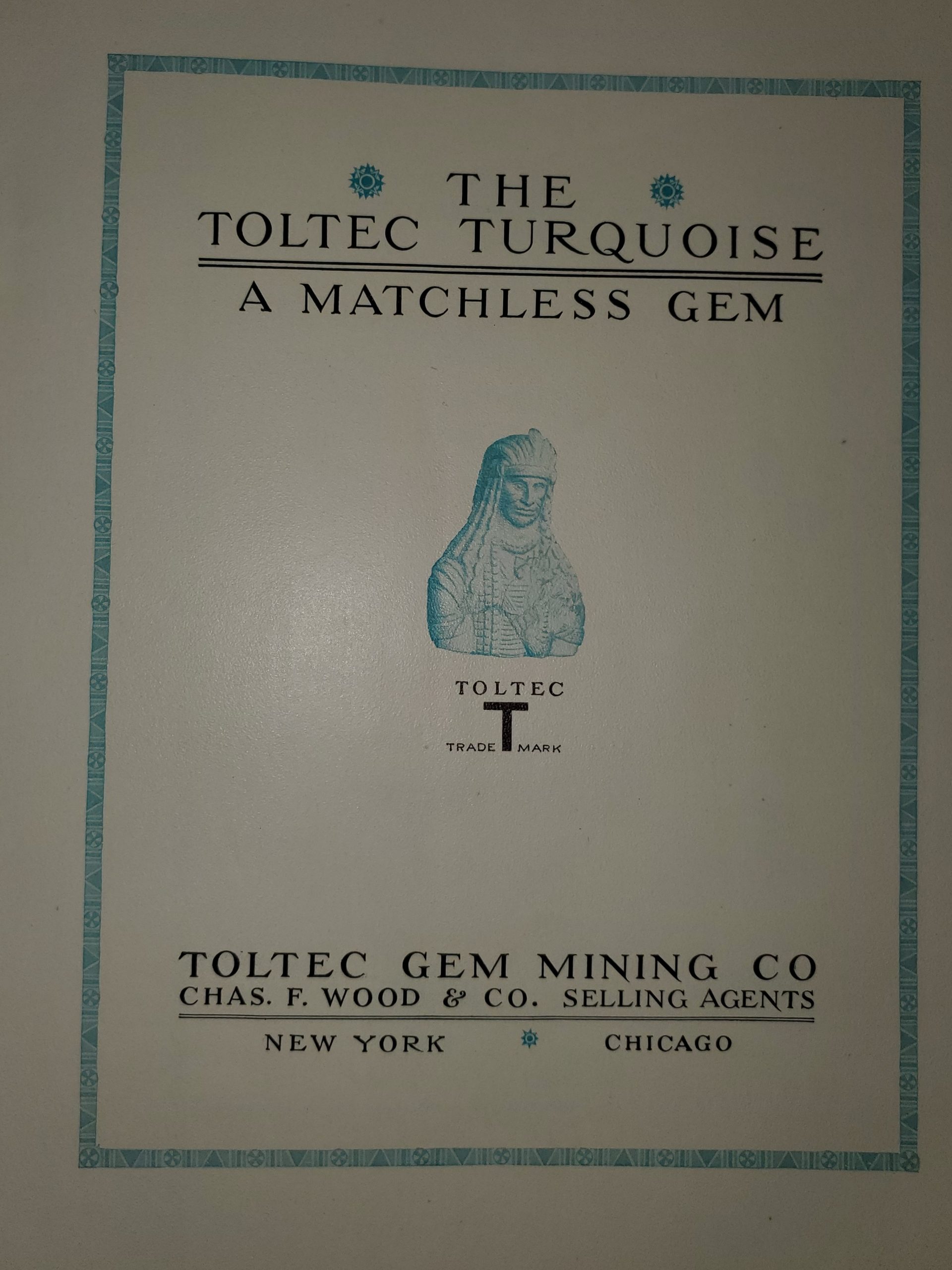 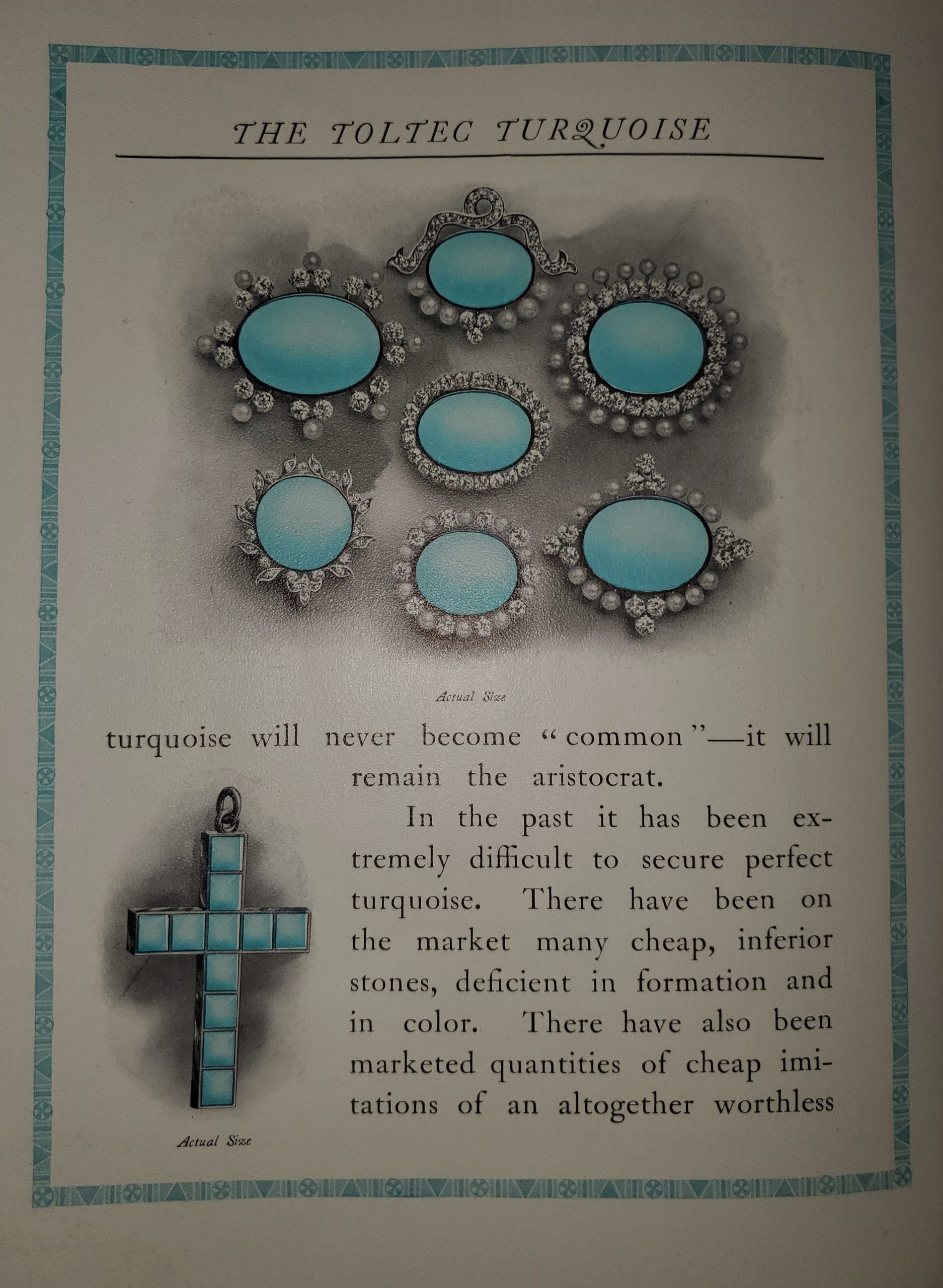 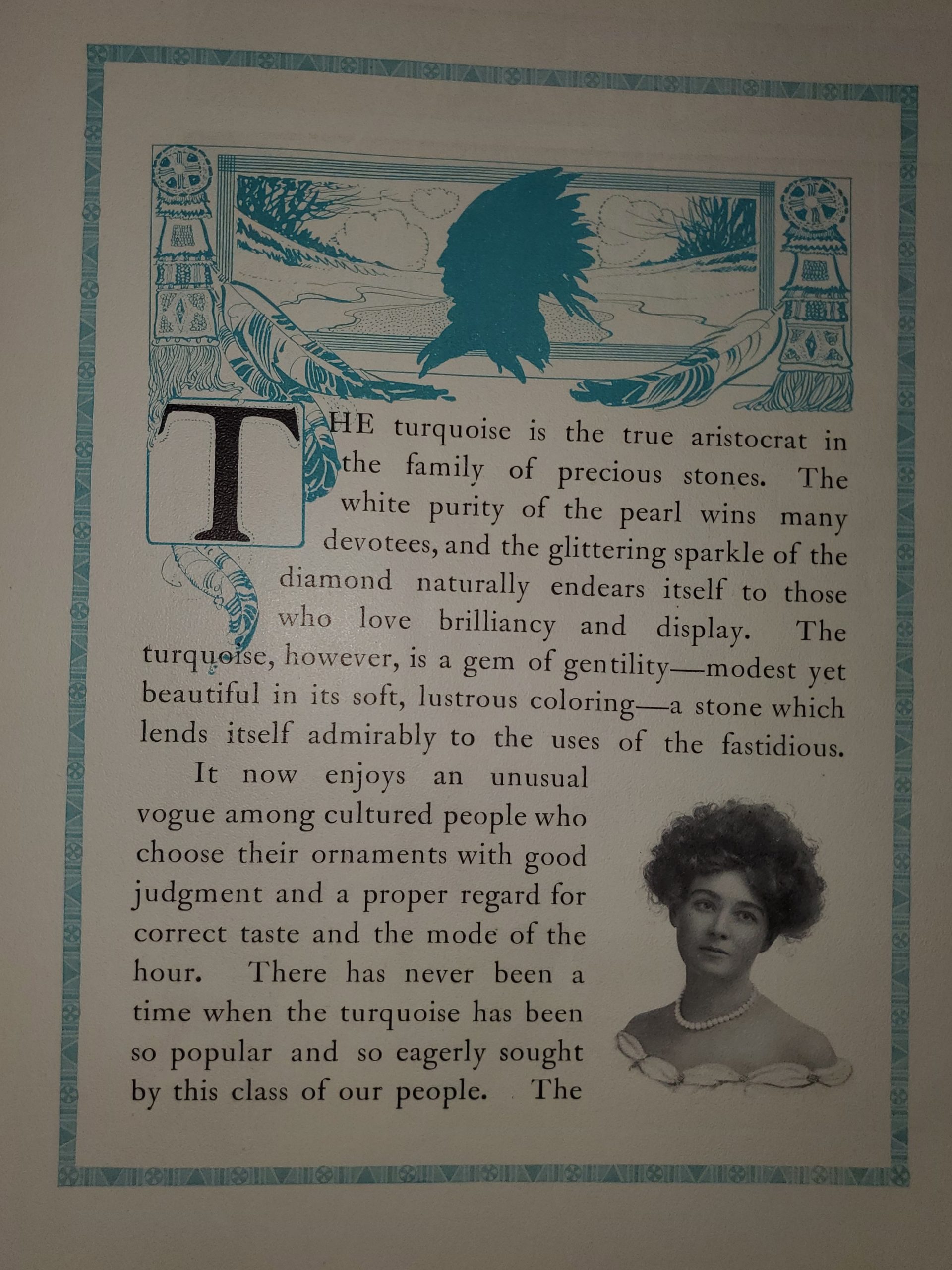 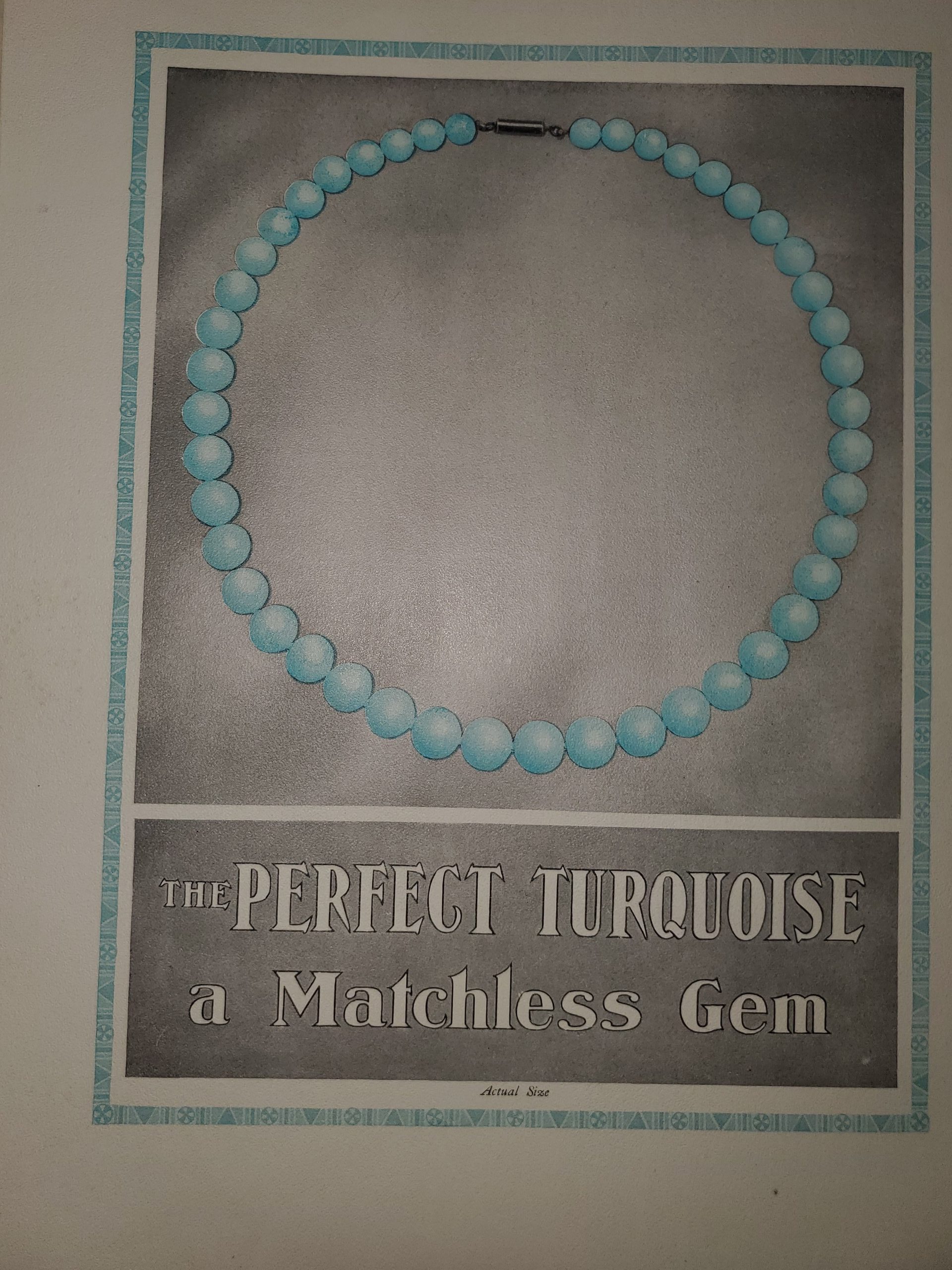 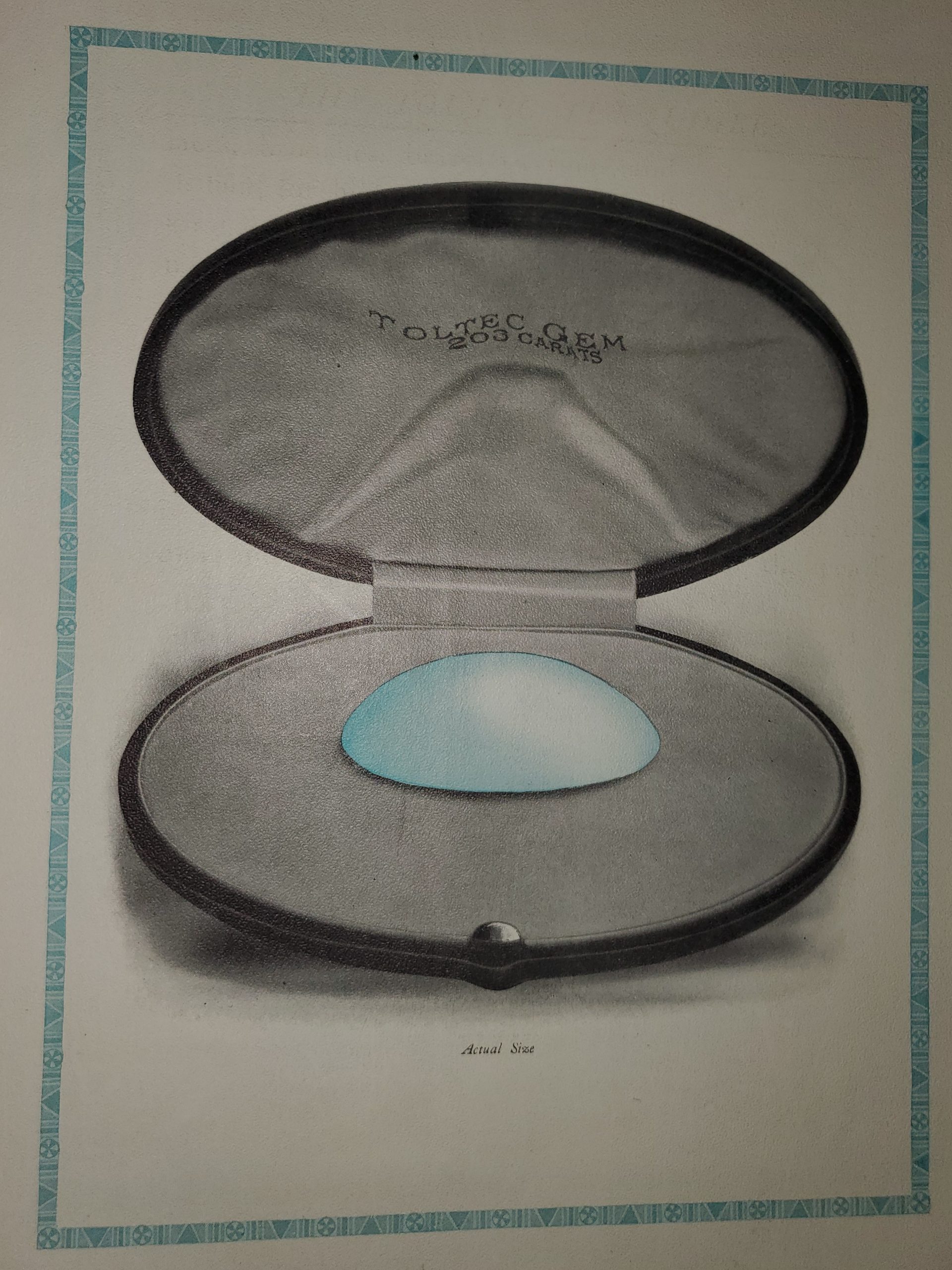 This search for a domestic source for the bright blue turquoise in the Southwest mining areas had very little to do with the developing Indian jewelry trade. But the failure to produce enough bright blue turquoise to supply the Eastern turquoise jewelry market spawned and influenced an even greater story: The development and appreciation for the Native American artist and their advancing southwest jewelry industry. The romance and marketing of the west and the southwest Native American jewelry and art was becoming the future outlet for all American turquoise colors.

The ancient artifacts that I have seen in museums and pictured in books are generally adorned with green, green/blue or blue/green turquoises. Only a small percentage of Native American jewelry made up through the 1940s was set with bright blue turquoise. This would testify that the ancients and early twentieth century Native American silversmiths would have used whatever turquoise colors that were available. In the first fifty years of the developing southwest silver jewelry and turquoise industry, turquoise was generally used without consideration of the color or grade of the stone. Most jewelry was set with green, green/blue, blue/green and low grade. 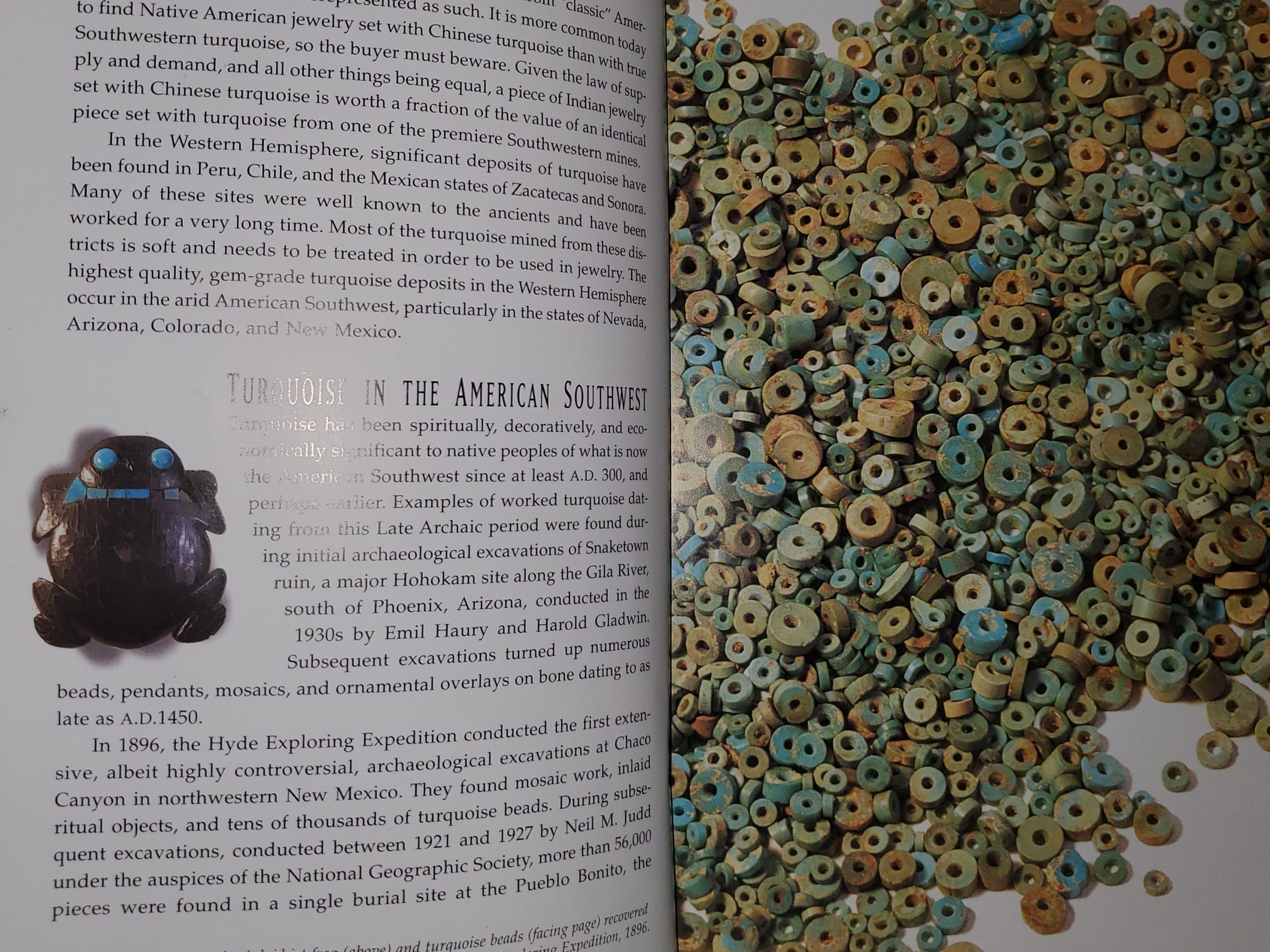 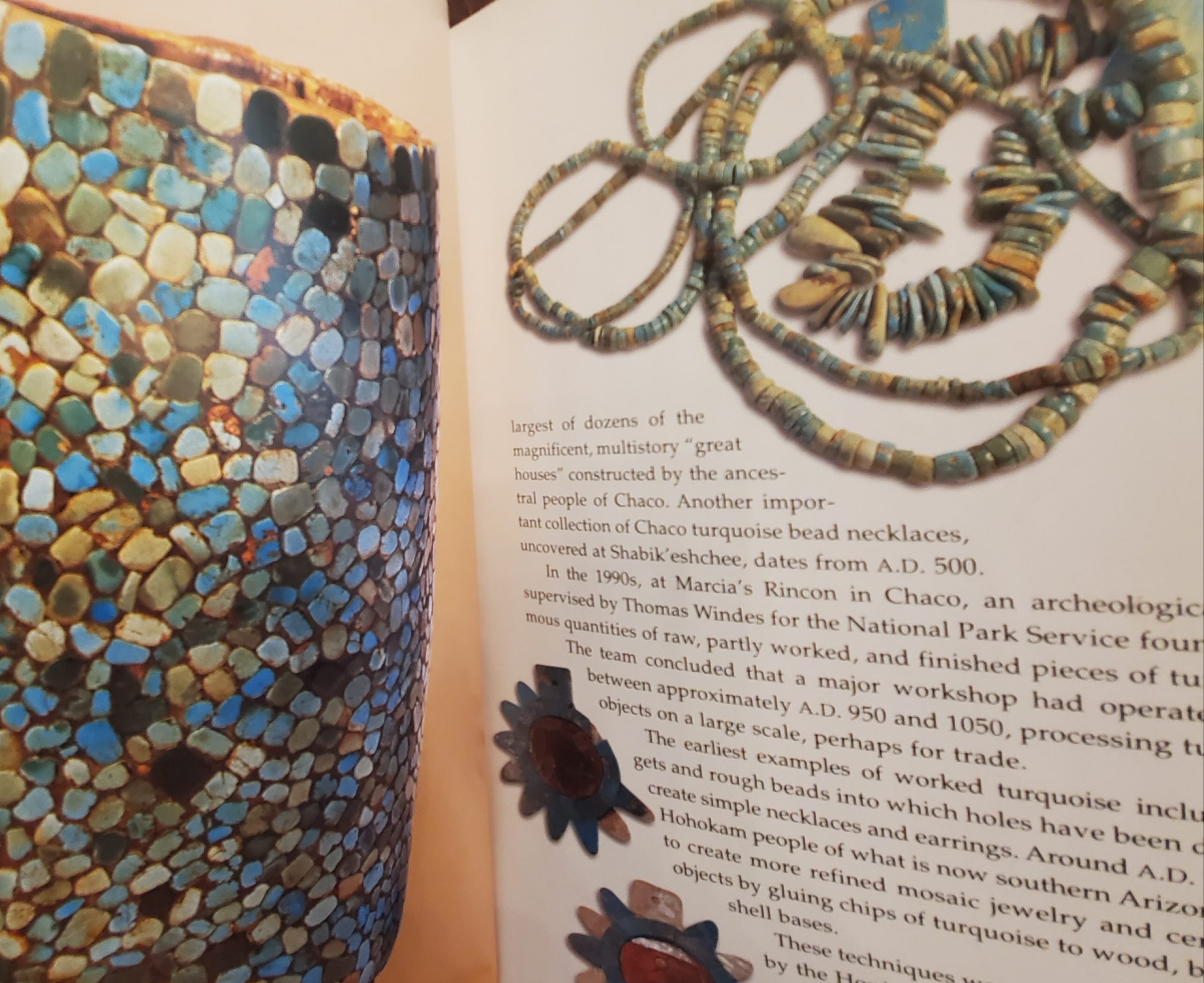 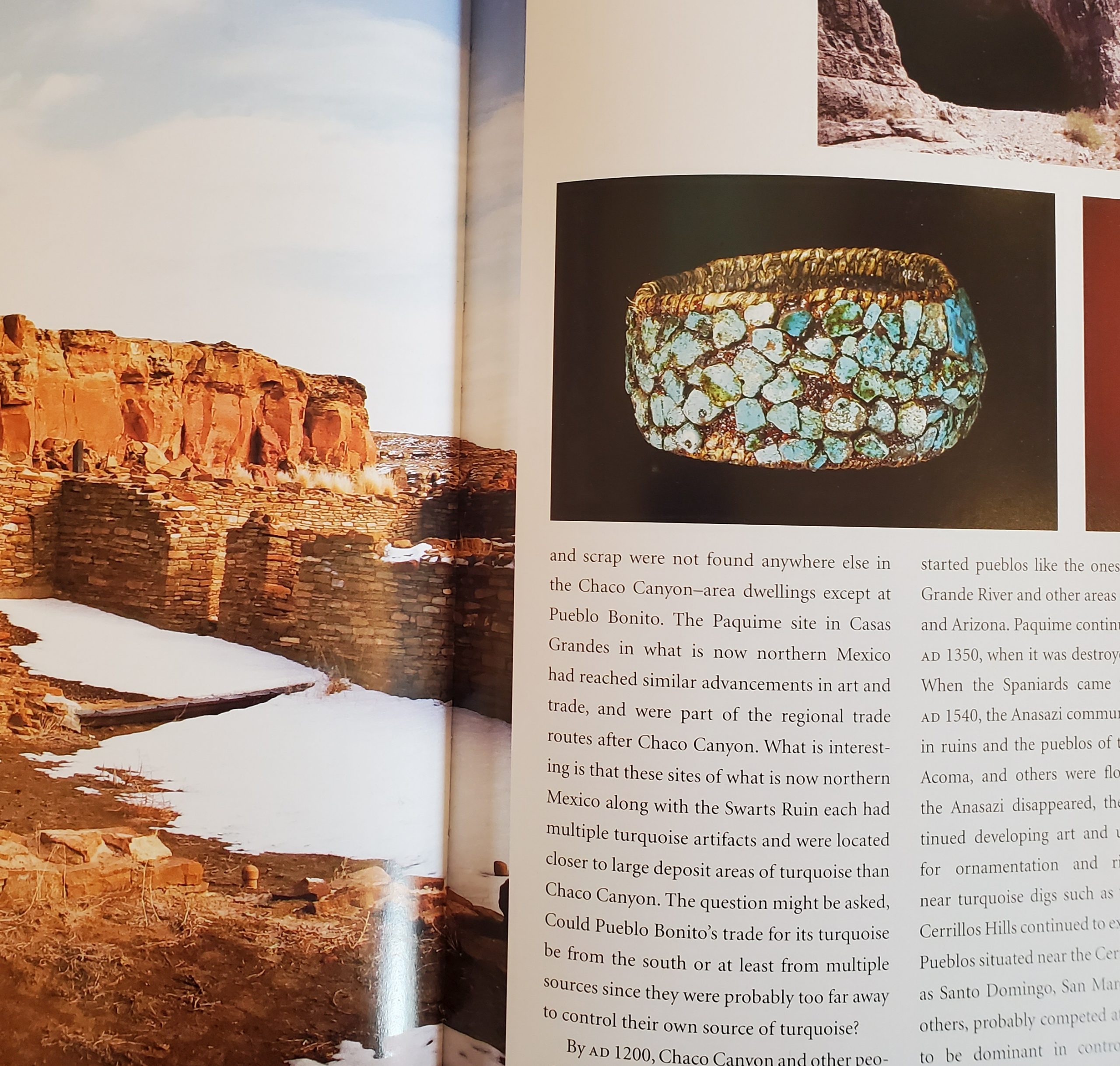 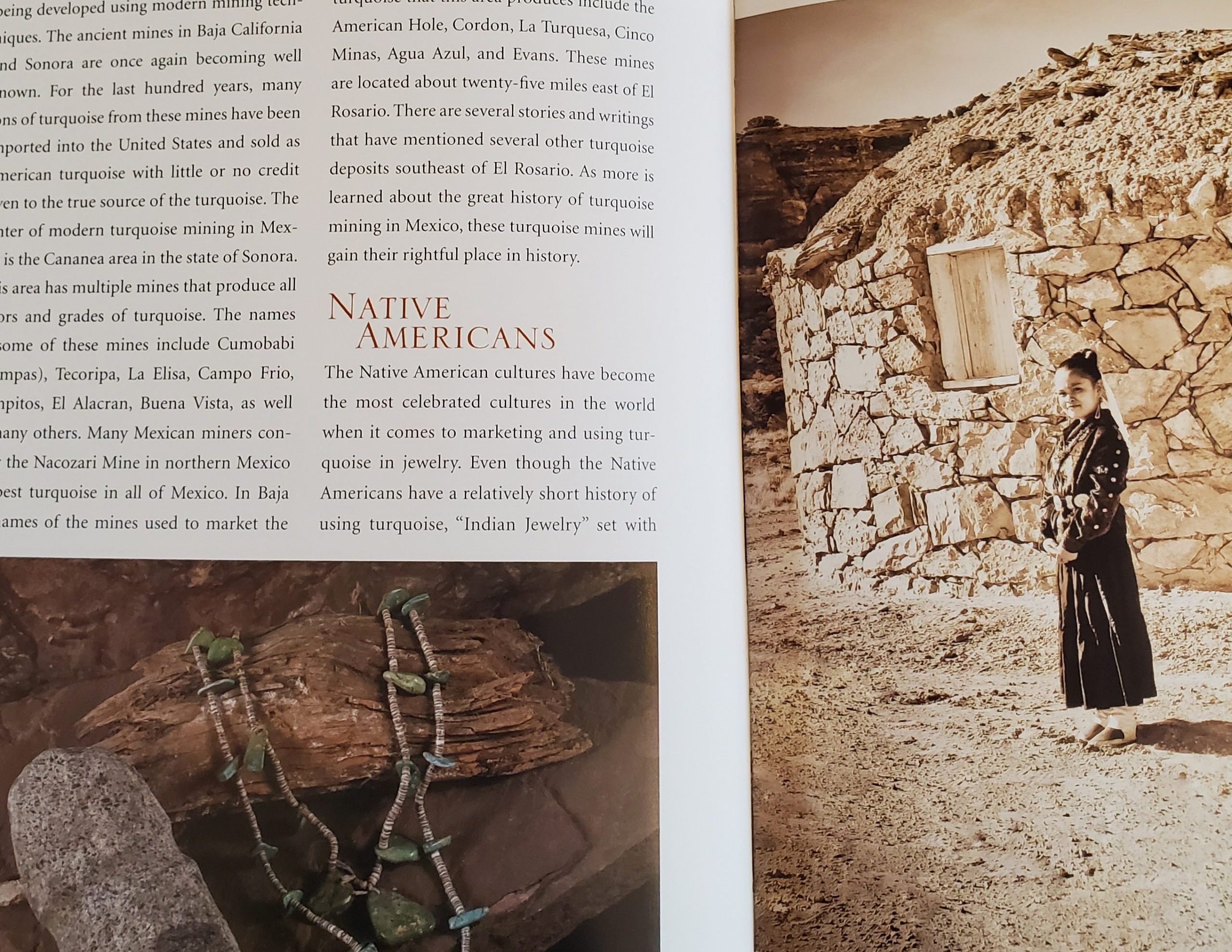 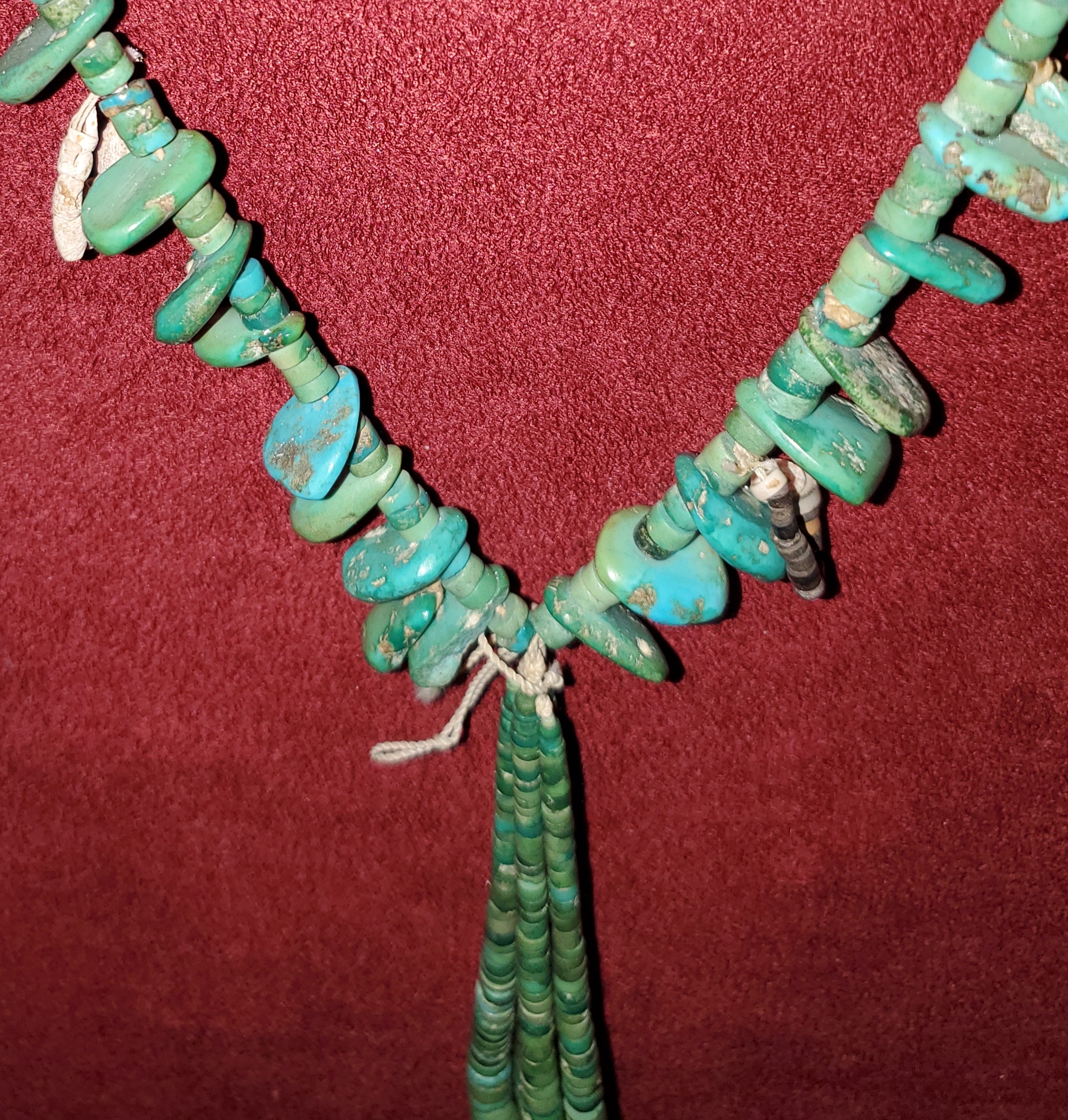 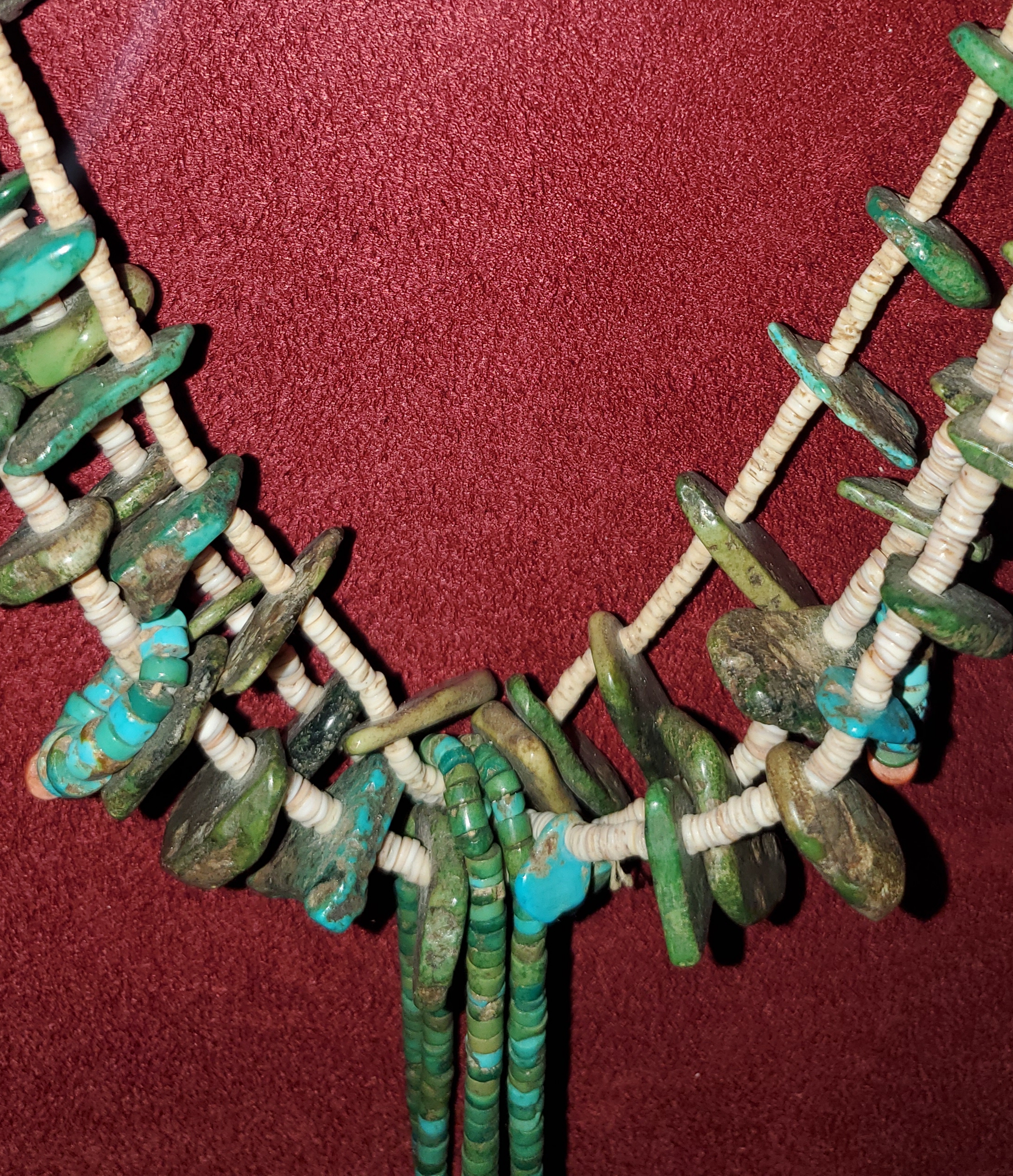 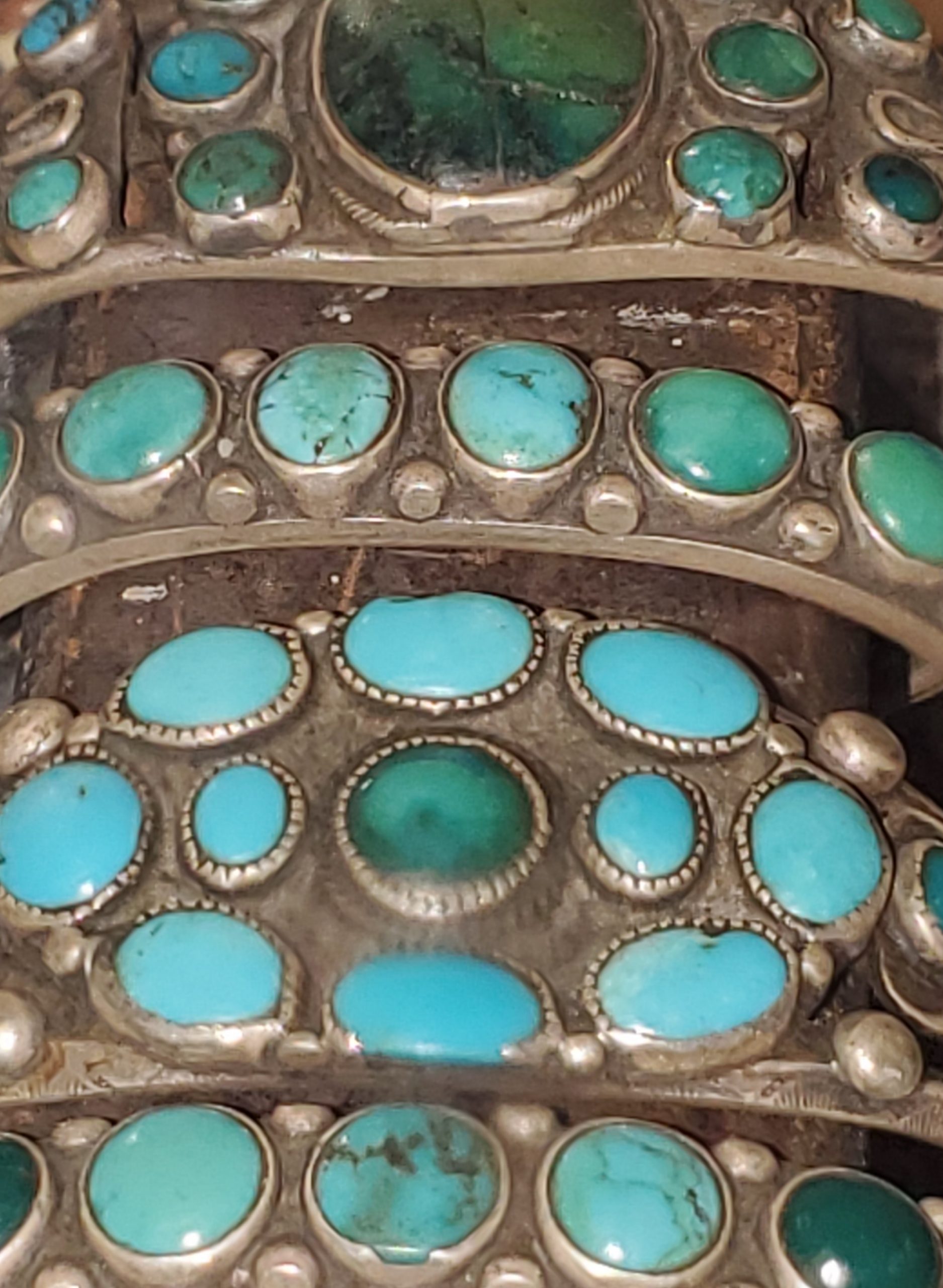 In less than eighty years; all of these European American and Native American cultures, turquoises, and influences became synonymous and accepted as one amalgamated southwest story. Bright blue turquoise colors are now the accepted “traditional” color for the southwest Native American cultures to set in jewelry and adorning their elaborate modern dance outfits. The green, green/blue and blue/green colors originally appreciated and mystically valued by the ancients have become largely ignored by modern Native cultures for the bright blue colors. Many people even choose to wear jewelry set with or made out of pretty bright blue plastics. What the “now” famous bright blue color represents has become more visually important and “valuable” than the actual colors used by the ancients. Masses of tourists continue to romantically look for the bright blue colors turquoise. 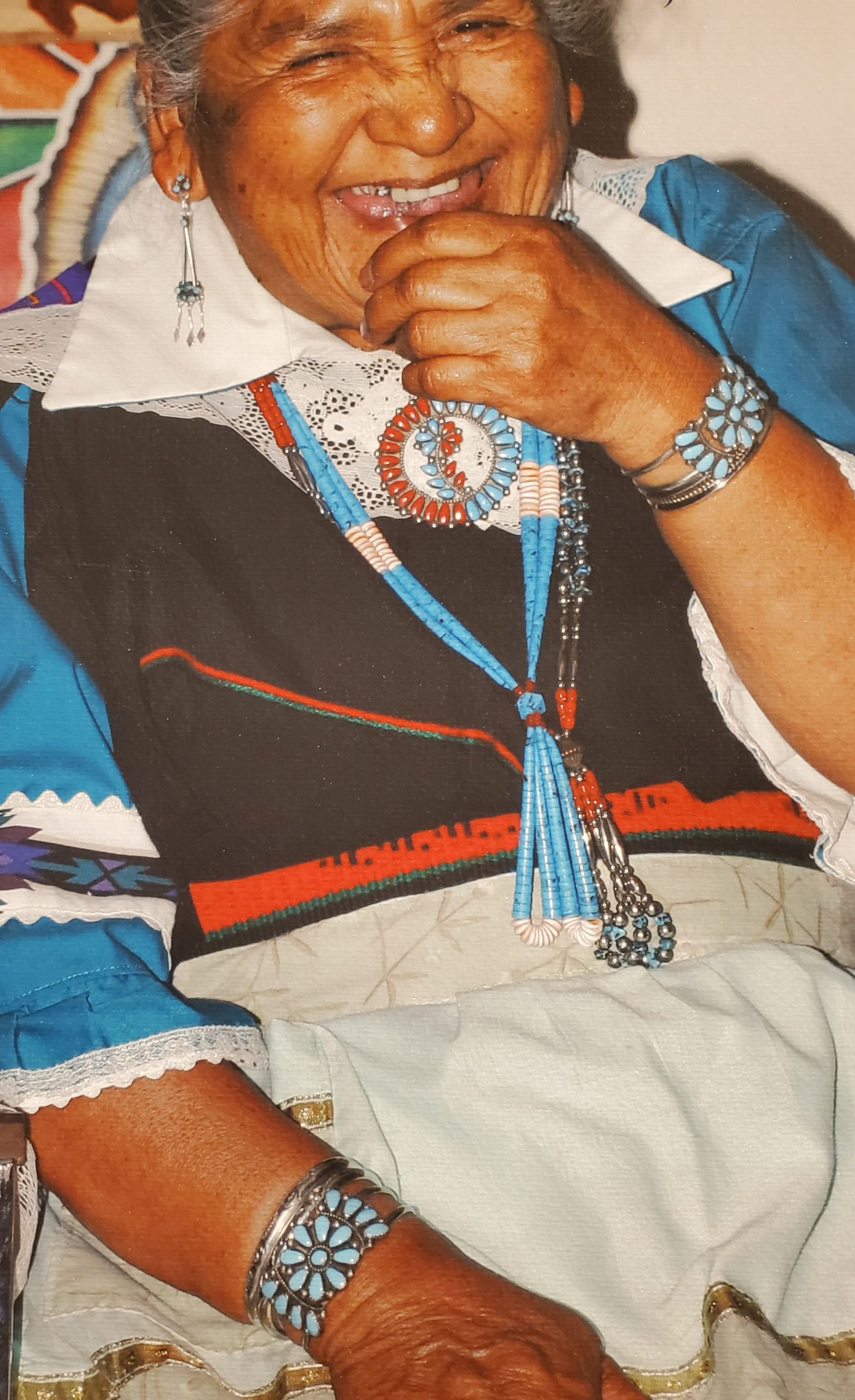 Most people who see and wear the vivid bright colors of blue turquoise and identify this color as the color of the southwest Native Americans are unaware this vivid color appreciation was the influence of far away cultures through trade, people and history. And isn’t this true for every culture, family and person. We are all part of a bigger life story. What is yours?